Aspirants selected as Finance Account Assistants (FAA), have hit streets protesting stalling of the list by the Jammu and Kashmir Services Selection Board. Officials suspects there were discrepancies in selection. The move to put the final list on hold has hurt the 972 selectees. The aspirants are staging protests and also want action be taken against officials of Jammu & Kashmir Service Selection Board (JKSSB) for failing to conduct clean exams. “Officials at selection board should be investigated,” said the protestors. hahid Ali, 27 year old B-Tech passout, Bisma, 32, a qualified dentist and PhD scholar Sajad Teli who had decided taken the exam for (JKSSB Aspirants Hold Protest Over Discrepancies in FAA Selection List)the class V jobs that would give them a monthly salary of Rs 29000, were among the protestors.

“I am an engineer but when I saw the advertisement for FAA vacancies, I thought here is an opportunity to seek a job. I bought many books on finance I could lay my hands on and started to prepare even though I had no idea about the subject,” Ali, who lives in Tral south Kashmir told News18.Ali’s father is a retired government employee and the family is hoping he picks up a job to share some responsibilities. “When our result was declared, I figured I was somewhere in the middle (JKSSB Aspirants Hold Protest Over Discrepancies in FAA Selection List)of the list. I was jubilant. I had even made plans how I will contribute to the family but then came the bolt from the blue. The list was put on hold,” he said, adding, “What is our fault?”Srinagar resident Bisma is furious over why administration is penalising meritorious students and why can’t it remove those only who committed the fraud. “Please identify the frauds and spare the genuine candidates. We have worked hard despite all odds. Why should the deserving suffer,” she questioned.

Bisma is a trained dentist since last six years and has worked in the fledgling private sector. She admits she was paid less and that was the reason she opted to write the FAA test conducted by Jammu and Kashmir State Services Board. “I took a break from my job and focussed on the test and qualified with good score,” she said. He ranked 54th in the list. “Our family lives hand to mouth. We are four sisters – three are unmarried. Our father (JKSSB Aspirants Hold Protest Over Discrepancies in FAA Selection List)is a skilled labourer. It is hard for him to run the show. I want to share his burden but only if we are allowed to join duties,” she said. 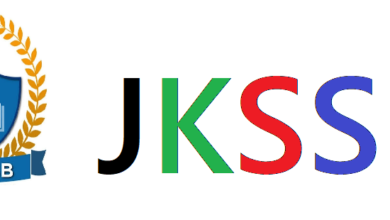