Jammu: A special team of the National Investigation Agency on Sunday inspected the scene of the twin blasts here, officials said.
Back-to-back blasts in Narwal on the outskirts of Jammu City had left nine people injured on Saturday. Police suspect that improvised explosive devices were used to carry out the twin explosions in an SUV parked in a repair shop and in a vehicle at a nearby junkyard at the Transport Nagar area.
The explosions occurred at a time when security agencies in the region are on high alert for the Congress’ ongoing Bharat Jodo Yatra and the upcoming Republic Day celebrations.
The National Investigation Agency team visited the site of the blasts in the morning and the federal anti-militancy agency is likely to take over the case for a thorough probe, the officials said.
Officers of the probe agency spent over an hour at the scene of the blasts and collected samples before leaving. Senior officers of the Indian Army also visited the area for inspection for the second day, the officials added.

The area is still under a security cordon and a massive sanitisation operation is underway, they said.
In a related development, the Army’s White Knight Corps said a joint intelligence and security conference was held in Jammu and Kashmir’s Rajouri district to review the prevailing internal situation based on the assessments of participating agencies.
General Officer Commanding (Ace of Spades Division) Maj Gen YS Ahlawat and General Officer Commanding (Romeo Force) Maj Gen Trivedi chaired the meeting that was attended, among others, by Deputy Inspector General of Police (Rajouri-Poonch Range) Haseeb Mughal.
“A Joint Intelligence & Security Conference by #IndianArmy with @crpfindia, @BSF_India, @JmuKmrPolice & Intelligence Agencies was held at #Rajouri to review the prevailing internal situation based on the assessments of the participating agencies,” White Knight Corps said in a tweet.
Rajouri was rocked by two incidents that left seven people dead and 14 injured earlier this month. The suspected persons behind the attack are still at large. 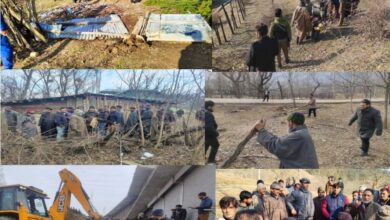 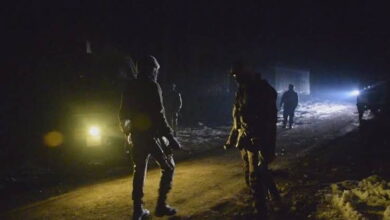 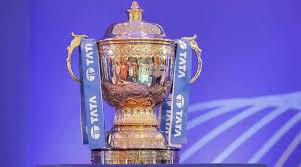